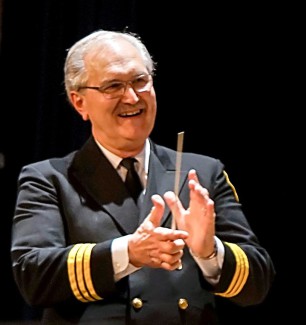 Dr. Kenneth Laudermilch was appointed Music Director of The New Holland Band in May of 2005. He was a faculty member in the School of Music at West Chester University from 1968-2006. As Professor of Instrumental Music at WCU, he served as the Director of the Wind Ensemble and Chamber Winds, as well as Director of the Summer Elementary, Junior High, and High School Music Workshops and Camps.

For 25 years, he performed as Principal Trumpet of the Delaware Symphony Orchestra and as Substitute Trumpet with the Philadelphia Orchestra. He is currently the Principal Trumpet with the Westminster Brass, a Philadelphia based brass quintet which has performed in over 50 cities throughout the United States over the past 30 years. During the past 10 years, he has performed as Cornet Soloist in Residence with The New Holland Band.

Dr. Laudermilch holds a B.S. degree in Music Education from Lebanon Valley College, a M.M. in Performance from the New England Conservatory of Music, and a D.M.A from the Catholic University of America. He resides in New Holland with his wife (Nancy) and their son (Keith). His firm belief is that music is a gift to be used sometimes for the sheer beauty it affords, most often to console, uplift and encourage the human spirit, and ultimately, to bring glory to God. 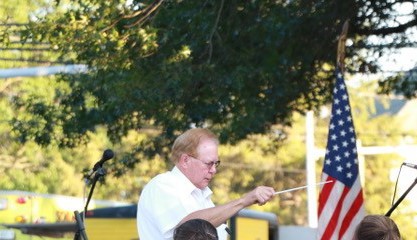 Leon Hillard is the Assistant Director and Personnel Director for The New Holland Band. He is a graduate of Elizabethtown College and West Chester University in Music Education who retired from public school teaching as an instrumental music instructor in 2011. He is currently an adjunct trumpet professor at Elizabethtown College, plays with the Dave Stahl Sacred Orchestra, and continues to teach privately in the Gap and New Holland area.

He was an associate instructor for the All-American Youth Honors Band during the 1980's with performances throughout Europe, Mexico and Hawaii. He has performed in many show bands through the last four decades, performing songs from the 1960's to present day music.

The New Holland Band is made up of a diverse group of professional, semi-professional and student musicians. A list of our musicians can be seen below.